Where to Find a Dole Whip at Walt Disney World

A Disney trip is never complete for me until I have had my favorite Disney treat: the Dole Whip Pineapple Float.

A Dole Whip Float is pineapple soft serve ice cream on top of pineapple juice.  Plus, throughout the year, Disney often times will release a different flavor Dole Whip, so always be looking out for the different options!

Dole Whips come in two different varieties: the Dole Whip, which is the soft serve by itself, or as mentioned above, you can try my favorite, the Dole Whip Float.

Not all Dole Whips are just pineapple ice cream. You can choose vanilla ice cream instead, or you can combine the two to make a swirl. Right now, Aloha Isle (located at Magic Kingdom in Adventureland between the The Magic Carpets of Aladdin and the Enchanted Tiki Room) is serving a Raspberry-Pineapple Swirl.

Aloha Isle also has a limited time offering of a Moana-inspired float called the Kakamora Float. This float is Coconut Soft-Serve on top of Pineapple Juice and Blue Curaçao Syrup garnished with a Chocolate Kamamora Cake Pop. 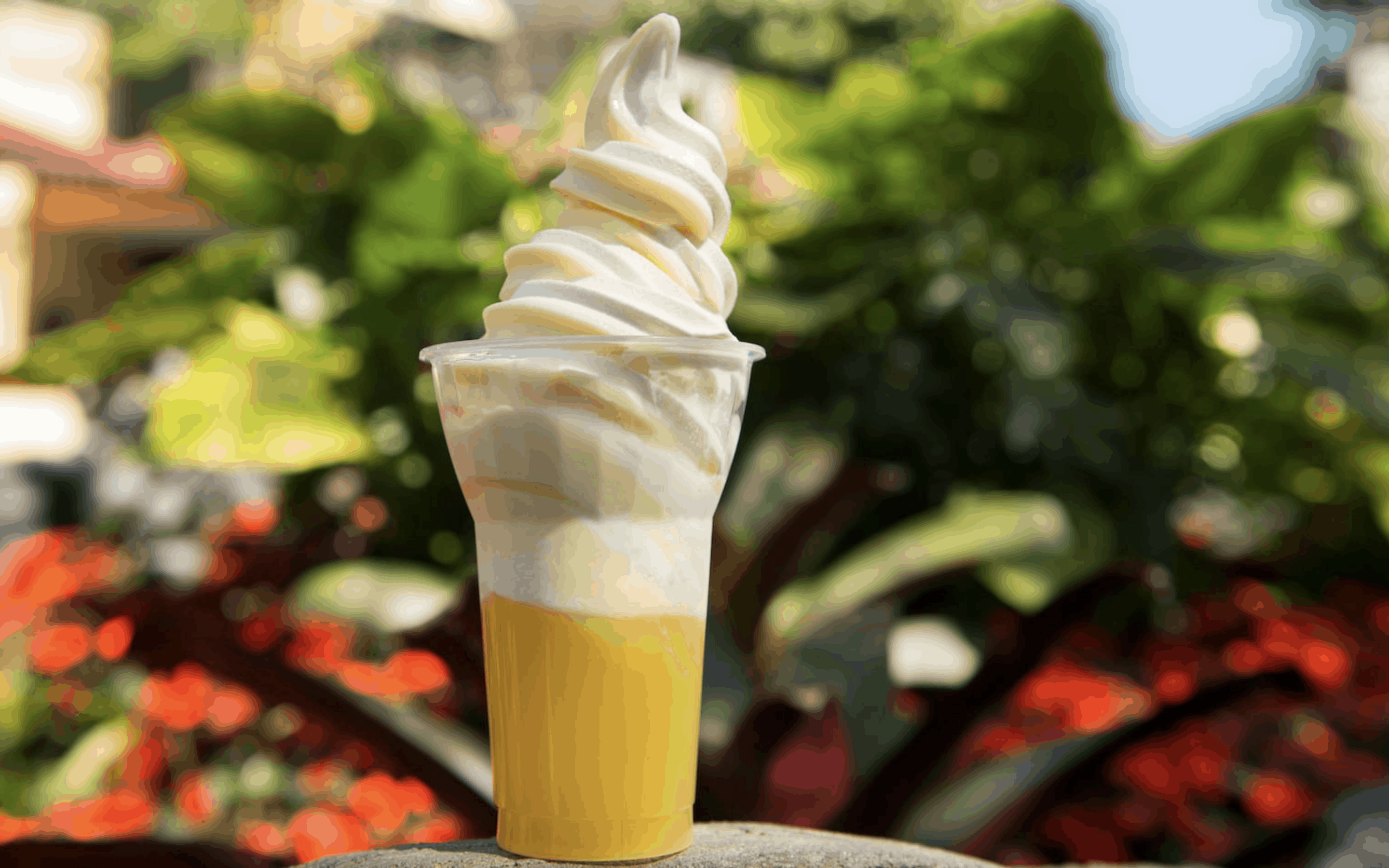 Besides Aloha Isle, you can find Dole Whips at Animal Kingdom’s Tamu Tamu Refreshments in the Africa area of the park.  At Tamu Tamu, if you are 21 and older, you can also order it with rum. 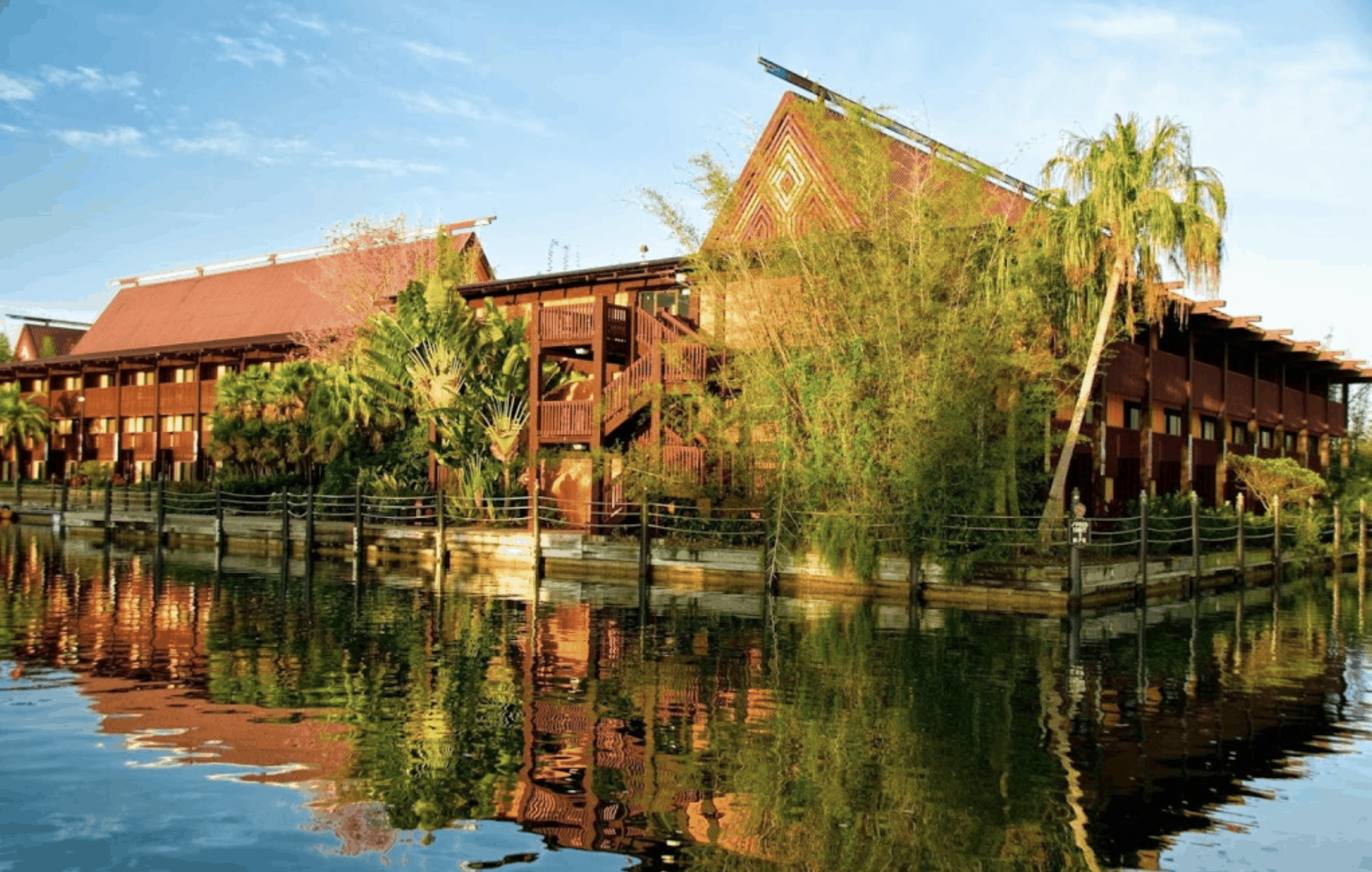 You can also order at the Polynesian Resort’s Pineapple Lanai, both with and without rum. 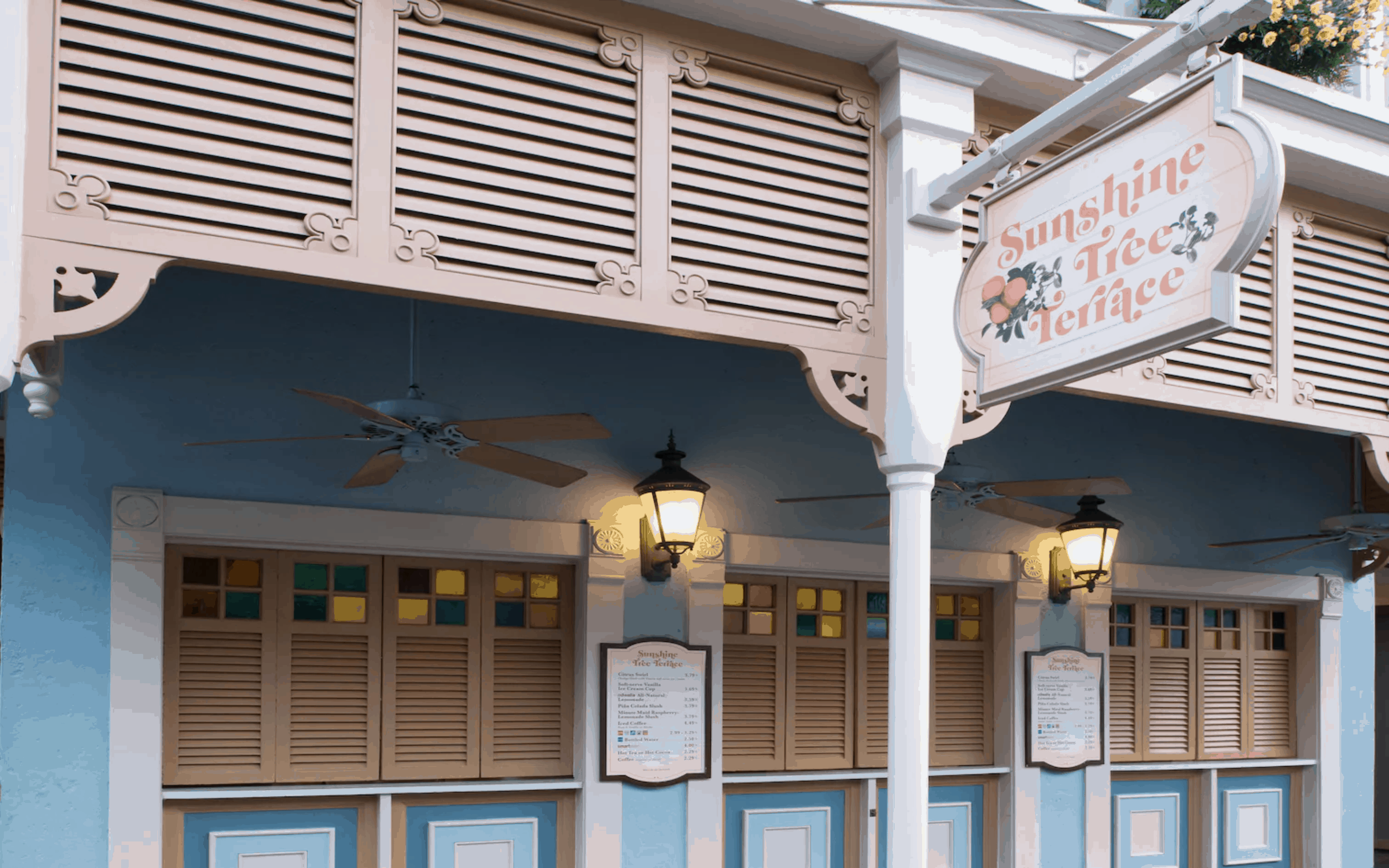 To get an orange version of the pineapple Dole Whip, head over to Sunshine Tree Terrace, also in Magic Kingdom’s Adventureland, this version tastes like an orange creamsicle! 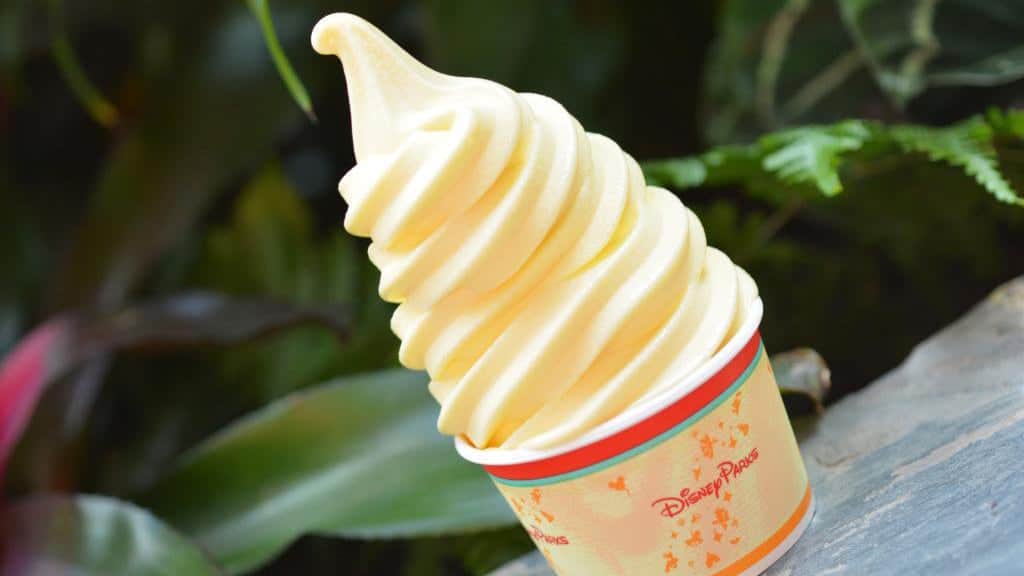 Disney Springs has also jumped onto serving Dole Whips at Marketplace Snacks, which is across from Ghirardelli.  This location serves the traditional pineapple soft serve and a non-alcoholic Pina Colada Slushy Float and the option with rum as well. 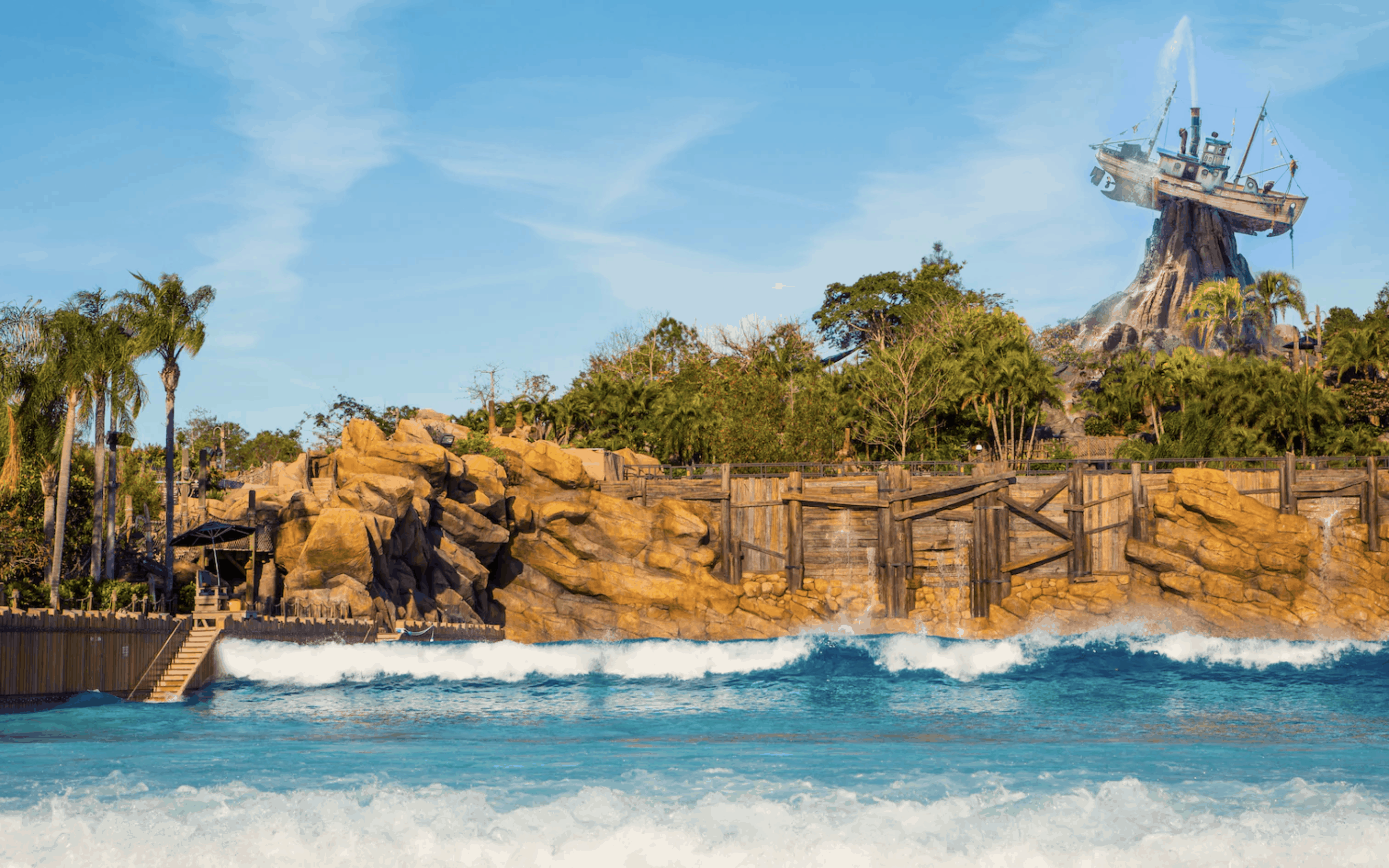 At Disney’s Typhoon Lagoon water park, you can also find a Dole Whip, with and without rum.

Dole Whips and Dole Whip Floats without rum count as a Snack Credit when using one of the Disney Dining Plan options.

I have one more favorite location I want to share with you that you can find a Dole Whip, but it is not at Walt Disney World.  You can find Dole Whips on the Disney Cruise! Yes, the Magic, Wonder, Dream and Fantasy ships all serve Dole Whips when they are sailing!

To book your Disney vacation, contact our friends at Mickey World Travel. They will make sure you have the most magical vacation, by monitoring your booking for future discounts, and book your dining reservations and Fast Passes once they return to the parks. 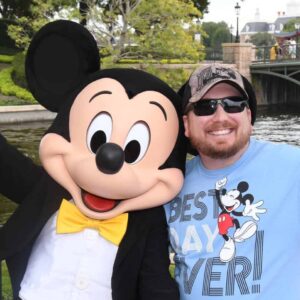 Jason has been an Independent Travel Agent with Mickey World Travel since 2016. He has loved to travel ever since he was a kid, and joined the Navy to travel even more! Jason loves all things Disney just as much as traveling, if not more. This is why Jason is perfect for planning your Disney and non-Disney vacations! Jason's favorite Disney characters are Mickey Mouse, Stitch, and his daughters, who are his Disney Princesses.